Ear infections in childhood are all too common, but that does not necessarily mean they are a normal part of the growing process. It is common to think that ear infections are caused by a bacterial infection and to run straight to your doctor or the hospital assuming antibiotics are needed. Even doctors find it difficult to diagnose the cause of an ear infection because the symptoms, including pain, loss of sleep and appetite, vomiting, difficulty hearing, and fever are often the same regardless of the source.  Read this article to learn more about finding the best chiropractic care for ear infections.

Proper diagnosis can require an expensive and invasive procedure, and many doctors end up just giving antibiotics. However, ear infections are only caused by a bacterial infection about half of the time, and those caused by viral infections will not respond to antibiotics.

If your child is experiencing chronic ear infections that do not respond to antibiotics, there may be an underlying structural problem which could be corrected with chiropractic treatment. Read on to gain a better understanding of what may be causing the ear infection and how it can be treated by a trained chiropractor.

Ear infections can be caused by bacteria and viruses that occur from swelling that blocks the Eustachian tubes, which connect the middle ears to the throat.

This stops air from reaching the middle ear resulting in a suction that pulls fluid and germs from the nose and throat into the middle ear. That fluid buildup allows for bacteria or viruses to grow into an ear infection.

What Can I Do to Correct and Avoid Ear Infections?

Here are a few things that you can do immediately:

As mentioned above, an ear infection is occasionally a simple bacterial infection that will respond to antibiotics, but it is just as often caused by a viral infection and antibiotics will not help. Even if the infection responds to antibiotics, if the problem is caused by a structural irregularity it may still re-occur. The only way to accurately conclude which organism the ear infection is caused by, is to take a sample of the fluid in the middle ear with a needle. Fortunately most doctors do not subject children to this procedure because it is highly invasive and expensive to perform.

Many doctors, wanting to do something to help, and being caught in a hard position, simply prescribe antibiotics knowing that it may not help. This practice is frowned upon now that we have a better understanding of the negative impacts of the overuse of antibiotics on both the body, as well as on the effectiveness of antibiotics in the general population.

Another common treatment for chronic ear infections is the insertion of "ear tubes", also known as tympanostomy tubes. This is a highly invasive surgery requiring a child to go under anaesthesia and unfortunately it is not always effective or necessary.

While, it is difficult for doctors to diagnose a structural issue causing the ear infections, chiropractors are trained to find these issues and to treat them. Misalignments in the spine lead to muscle tightness in the neck and back which impedes the ability of the nervous system to communicate with various structures in the body, including the inner ear.

This can compromise the ear's ability to protect itself from infections and to properly drain infected fluids. When drainage of the inner ear is blocked, these fluids accumulate in the ear, leading to recurrent infections. While the other previously mentioned treatments can sometimes provide relief of the symptoms, they never truly address the cause of them, which can lead to a childhood of unnecessary drugs and surgeries.

Chiropractic care is a gentle and conservative approach that is a recommended first step to take if an ear infection is chronic. Chiropractic doctors perform a thorough examination and evaluate your child's spine for any signs of nerve interference. If detected, our doctors will remove the source of the interference with a gentle and specific adjustment. Through the restoration of the nervous system, your child's body will not only be better equipped to fight off ear infections, but also to develop strength and overall good health.

Call our team at Cornerstone Family Chiropractic today if your child is suffering from ear infections. 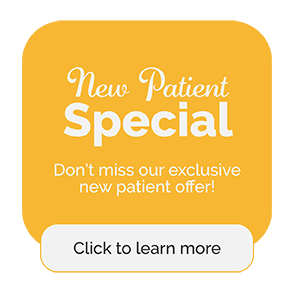